As a driving equipment for ground roads, bulldozers can save a lot of material and human resources, speed up the construction speed of roads and reduce the progress of the project. However, in daily work, there are often some faults in the bulldozers due to improper maintenance of equipment or loss of years. Specifically analyze the causes of these failures:

It can work normally through the starter, and it is preliminarily judged that the fault is on the oil road. When pumping oil with a manual pump, it is found that the amount of oil pumped out is sufficient, and there is no air in the oil flow, and the manual pump can work quickly. It shows that the oil supply is normal, the oil circuit is not blocked, and there is no air leakage. If the machine is newly purchased, the fuel injection pump (the seal is not removed) is less likely to malfunction. Finally, observe the flame-extinguishing rod and find that it is not in the normal position. It is determined that the fault is on the solenoid valve, the engine is working normally after the solenoid valve is replaced, and the fault is eliminated.

2. The bulldozer is difficult to start: it stops after normal use, the start is poor, and the amount of smoke is not large.

When pumping oil with a manual pump, the amount of oil pumped out is not large, but there is no air in the oil flow. When working with a manual pump, the vacuum generated is large, and the pump oil piston is automatically sucked back. Judging that there is no air leakage in the oil circuit is caused by the oil passage being blocked by impurities. The reasons for the blockage of the oil passage are as follows: 1 The rubber layer on the inner wall of the rubber tubing is detached or detached to block the oil passage. Because the machine is not used for a long time, the possibility of aging is small, and it is temporarily excluded. 2 If the fuel tank is not cleaned for a long time or the unclean diesel oil is used, the impurities in the inner tank are sucked into the oil passage and gathered in a narrow oil passage or in the filter to block the oil passage. After inquiring about the operator, I learned that the diesel was tight in the second half of the year. I used the diesel in the informal channel for some time, and the diesel filter has never been cleaned. Suspected that the fault is here. Remove the filter element, it is dirty, replace the filter element. At the same time, check the oil passages and unblock them. The test machine still cannot start normally, and this possibility is excluded. 3 waxy blockage oil circuit or "water" block the oil circuit. Due to the cold weather in winter, the initial judgment of the fault occurred here. After the inquiry, it was learned that O# diesel was used, and the oil-water separator never drained the water. Because the oil passage was not found, there was no waxy oil passage, so the final Judging that the fault is in the "water" block, loosen the water plug, the water is not smooth, after removing the oil-water separator, it is found that there is ice slag inside, normal work after cleaning, and troubleshooting. 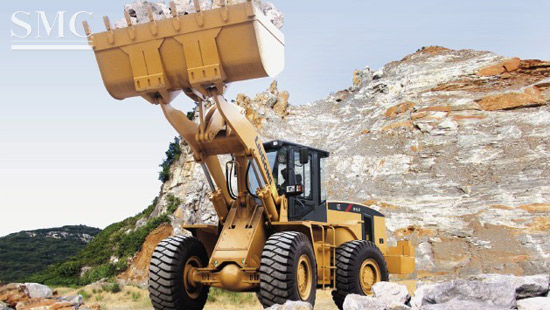 3. Bulldozer electrical failure: after the night shift, the machine can not start, the starter motor failed to rotate.

1 battery failure. The starter motor failed to rotate, which may be a problem with the battery. The measured battery terminal voltage is less than 20V (24V battery), it is determined that the battery is faulty, and it returns to normal after desulfurization and charging. 2 The line is loose. After using for a while, the fault remains. After the battery is repaired, it will return to normal. At this point, the author thought about it, the battery itself is new, so it is easy to lose power, so the engine is started, the ammeter is swayed, and the generator has no stable voltage output. There are two possibilities: one is the excitation The circuit is faulty, and the second is that the generator itself cannot work normally. The inspection line found that several lines were loose, and the generator returned to normal after tightening. 3 load is too large. After using for a period of time, there is a battery loss, and the same fault occurs so many times. The reason is that the construction machinery generally adopts a single-wire system (negative grounding). Advantages: the wiring is simple and easy to maintain. The disadvantage is that it is easy to burn electrical equipment.

Try also our We Chat by scanning the QR code below.